Where Did the Approach for Private Alternatives to Carrier Networking Gain Traction? 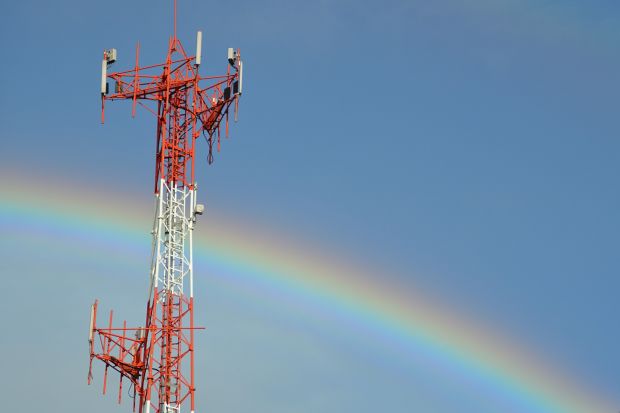 The IoT and one of its earliest scaled use cases, the smart grid, offer an entry point to gain insight into today’s landscape of radio networking alternatives. One of the applications most closely associated with smart grids is Advanced Metering Infrastructure, commonly called AMI.

Due to the strict requirements necessary for smart grid operations, as well as the business case constraints, commonly available alternatives were deemed to be partially sufficient, and AMI became the first massively scaled private machine-to-machine radio network with multi-million single-network rollouts commonplace in the 2010s.

Lessons learned from meeting AMI’s requirements extended to other smart grid applications – Distribution Automation and Demand-side Management are two examples, both addressing widespread use cases. This extensibility provided both an important proof point to other networked applications seeking a standards-based way to operate at higher performance and lower cost than other alternatives, and a wayfinder for those seeking to find a route to market with innovations.

As the trend to attach connected devices accelerated into the phenomenon that we now call the Internet of Things (IoT), the need for alternatives to meet specific use case requirements persists. Exacerbated by business and technical issues related to standing up specific use case applications in silos, the standards underpinning smart grids have continued to evolve to meet the needs of applications that are radio-networked.

Take, for example, the smart city applications that have flourished. Often cost prohibitive on their own, and facing coverage, data rate, and range-to-tower technical issues that smart grids faced, smart cities have also sought to establish standards-based alternatives to ignite the market.

The Role for Private Networks

Which leads us to ask, in today’s IoT, is there a role for private, given the level of investment carriers are making in new technologies to enable use cases?

When thinking about where the IoT is headed, and the space in which applications address use cases over different types of networks, it pays to take a minute to examine the background on carrier and private, and note a few things things to keep in mind.

Think of the triangle of constraints when it comes to carrier services: data rate, device range, and radio output power permitted.

Carrier services range from those with very modest data rates, like NarrowBand IoT (NB-IoT) or legacy services, such as 2G and 3G services, to high bandwidth LTE/4G, which is widely deployed, and very high bandwidth 5G being deployed today. There are even in-between services like Category 1 LTE that uses 4G infrastructure to provide mid-range bandwidth data services.

Each operator providing these services within a geography has defined coverage areas, bandwidth allocations, pricing and a planned service life for each service it offers. For example, we’re currently seeing in many service areas and geographies that those using 2G or 3G services are finding that they need to upgrade or replace their devices, as the radio spectrum used to provide those networks is being re-purposed and the existing modems do not work on the new services.

An alternative to purchasing a connectivity service from an operator is to build your own private network.  There are a variety of technologies available – WiFi, LoRaWAN and Wi-SUN are the best known.

Let’s take each alternative in turn and consider their attributes.

The five key questions when selecting from among the alternatives in the ‘connect IoT devices’ market today:

1. How much data needs to be shared from your device and over what period of time?

Most smart city applications have moderate data volumes, often consisting of only a few hundred or thousand bytes per day. Furthermore, most applications do not require millisecond response time, with data transmission completing in a few seconds meeting the requirements. This is well suited to a Wi-SUN mesh network.

2. Are all of your devices in heavily populated areas or are some in less dense, suburban or even isolated rural areas?

3. How consistent is the cellular coverage in the area requiring service, and can you count on the operator holding both coverage and price constant over the lifecycle of your application?

For both questions 2 and 3, consider that the physical locations of the devices to be deployed can have a large impact on the data network coverage available. If the area is very dense with devices, it is also likely to have a high population density and good coverage from cellular operators.  As the density reduces, it is less likely that any device will be able to obtain good coverage from a tower-based network. The advantage of a mesh network is that each device may share coverage from neighboring mesh devices until they read a neighbor with an external network connection. This greatly reduces coverage mitigation issues during deployment.

4. How much are you willing to spend on the hardware for the radio?

The price of a radio in an IoT device may vary widely.  There are a variety of factors in the price; with the actual electronics perhaps not the biggest factor. Cellular modems often require carrier-specific certifications, which are expensive to complete. In addition, many cellular technologies are encumbered with patents for which a royalty fee will be paid for every device.

5. What is the planned life of the device to be connected?

Think about devices that have long service lives and answer the ‘planned life of device’ question first. Most IoT devices have a lifecycle extending well beyond a cell phone or a simple throwaway item such as a tracker. When the lifecycle is spoken about in years, not months, a private network is often preferred because the owner determines the lifetime of the network. Carrier services tend to follow mobile handset lifetimes, which can be just a few years.  An electric grid infrastructure component or a water main pressure valve may be in service for 20 years.

There are many factors to consider when selecting the appropriate network for a smart city deployment.  Both technology and business issues must be carefully considered. It’s important to keep in mind that solutions appropriate for a smartphone or a laptop are often not the right choice for an IoT device

By weighing up your options prior to making any big decisions, you can avoid potential issues further down the road to deployment. The questions above will help set you off on the right path from the start

For more information on how Wi-SUN FAN technology is making cities and IoT smart, download the Wi-SUN ebook: https://wi-sun.org/ebook/